skip to main | skip to sidebar

The beauty of the heart is that it has the capacity to assimilate, interpret, understand, recognize, and greet the seeds of reality that are blowing our way. It can make use of everything those forces can dish out. That’s why the heart is invincible, not because those reality forces are not coming at it; they are. It's not that it’s trying to control any of those things, but because it knows what to do with those seeds. The heart can eat them, digest them, swallow them, chop them up. It has instinctive reflexive understanding of what to do with these forces that create reality and how to do it.

There’s only one problem: none of us is directed by our heart yet. We’re all directed still by our head. Honestly, I don’t think there will be a heart enlightenment in our lifetime on that scale. It’s way too early. But as students of the heart, we can understand and have a lot of knowledge. I believe we’re planting heart intelligence seeds, invincibility seeds. We’re doing something to help the evolution of the heart. But there aren’t any human beings who are functioning completely out of the heart yet. I don’t think we can even imagine what an enlightened heart would be like. It’s beyond our intelligence venue. Everybody is functioning mostly out of their heads.

The reason for that is that the heart is the biggest seed. In a sense it is the only seed. Your heart has to explode from the power of kundalini shakti. It won’t happen in this body because you die. However, in the course of working with the shakti, many of us have had some serious explosions. But as far as the big explosion where all the little seeds of the heart intelligence come out, we’re not there yet.

It’s what every teacher tells you about, ultimately. The heart explodes and that’s when heart intelligence starts. That’s where you see pictures of the saint’s with an open chest and there’s nothing in there. That’s 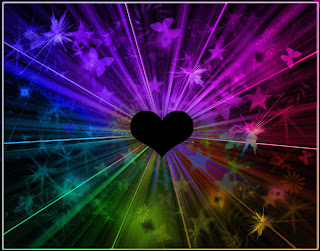 what happens when the heart explodes. It opens out into multi-dimensional expression that’s hard to fathom. That’s what we’re working on. We’re moving our heart gradually, and planting certain types of intelligence seeds in that heart that will eventually explode, probably not in a body, and maybe not in a human body. Eventually, the heart of the world is going to explode, like in the Hopi prophecy. Creative intelligence is moving in this direction.

Posted by Janet Sussman at 8:15 PM

Janet Sussman
Author of THE REALITY OF TIME and TIMESHIFT, musician, lecturer and spiritual counselor

Copyright 2010 by Janet I. Sussman